Jack Hammer, night watchman for Auerbach’s department store in Salt Lake City, spends the long nights talking to mannequins and searching the personal ads for lost rings, cameras, dogs and whatever else might pay a decent reward. His career gets a boost when Susan Drummond drops in on Jack one afternoon and hires him to track down her missing brother, David. But David isn’t easy to find, and Susan disappears too, leaving behind a map fragment that seems to point to something valuable located in the high Uintah mountains.

Contact the author for more information.
Jack Hammer is a fictional character, as are the other persons described in this story. Any resemblance to any person(s), living or dead is purely coincidental. 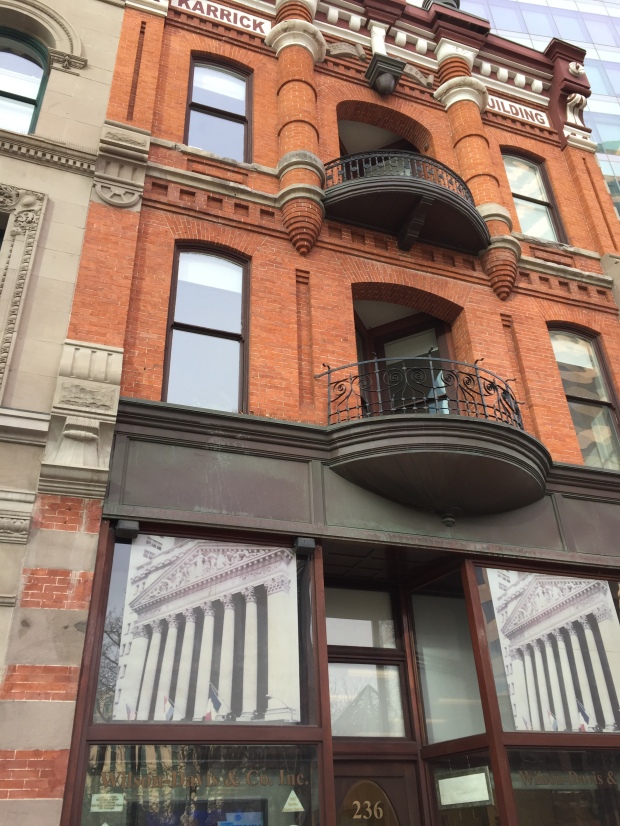 The Karrick Building still stands on Salt Lake City’s Main Street. Built in 1887, a prominent local jewelry store moved into the building in 1905. The upper floors contained a private gambling hall and apartments for as many as eight prostitutes. But after the late 1920’s the upper floors were mostly empty, hence Jack’s cheap office rent. 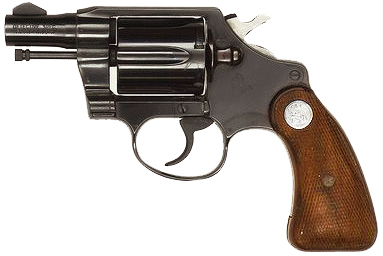 The Colt .38 snubnose Detective Special Second Series went into commercial production around 1947 and was produced in both nickel and a blued steel finish. 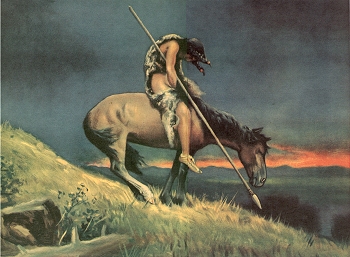 “End of the Trail” print, hanging on the wall inside Jack’s office in the Karrick Building. 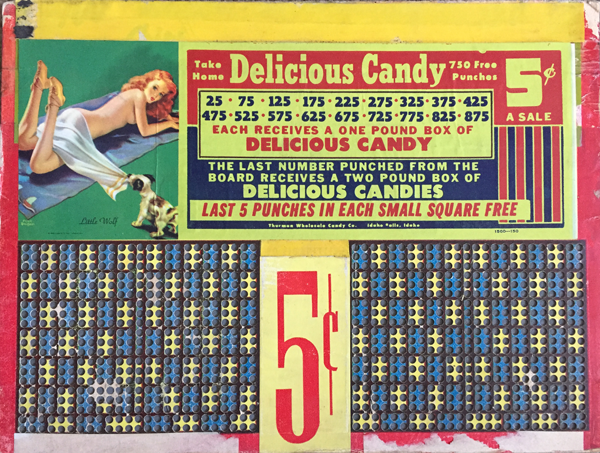 Punch Boards were common gambling/gaming devices that sat on cafe lunch counters. Using a nail-like key, customers would punch out the small dots, pushing a tiny rolled paper number out the backside of the board. 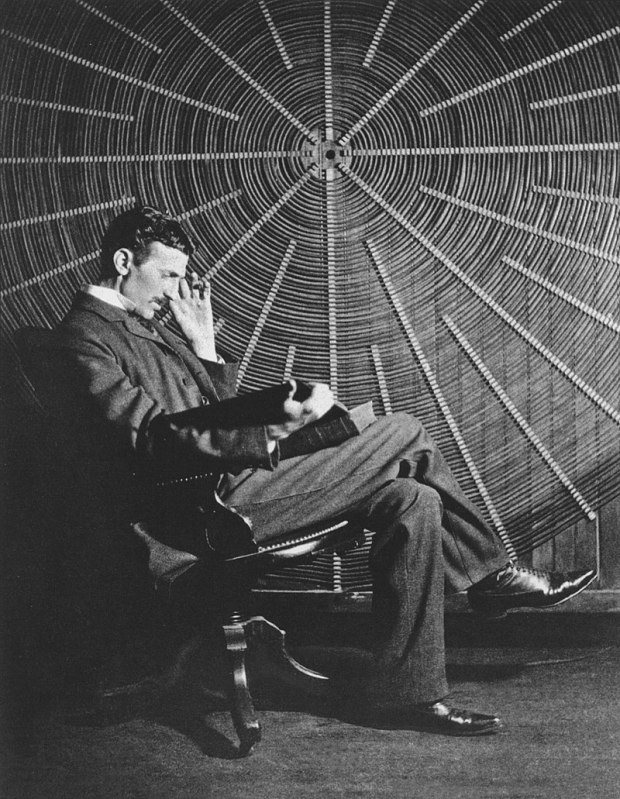 Nikola Tesla, famed scientist and inventor, died in 1943. Many of his inventions and ideas vanished and even though he was a US citizen, the US Office of Alien Property seized 80 trunks of material from his quarters at his death. 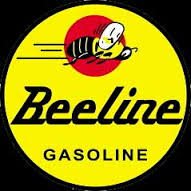 The Beeline Gas Station mentioned in HINT OF COPPER was on the corner of 9th S and 10th E in Salt Lake City. It was called Frank’s Service Station back in 1948, not becoming a Beeline branded station actually until 1960. I used the name Beeline for purely literary reasons. 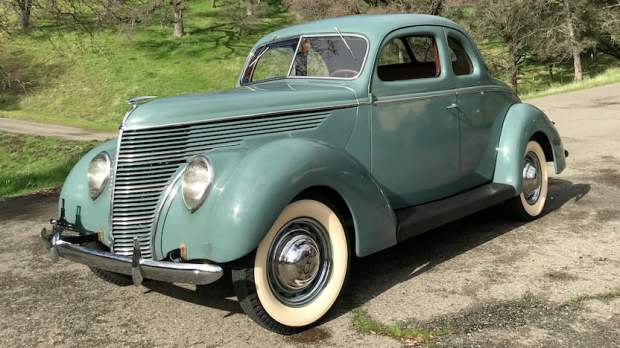 Jack drives a ’38 Ford Coupe, similar to the one shown here. 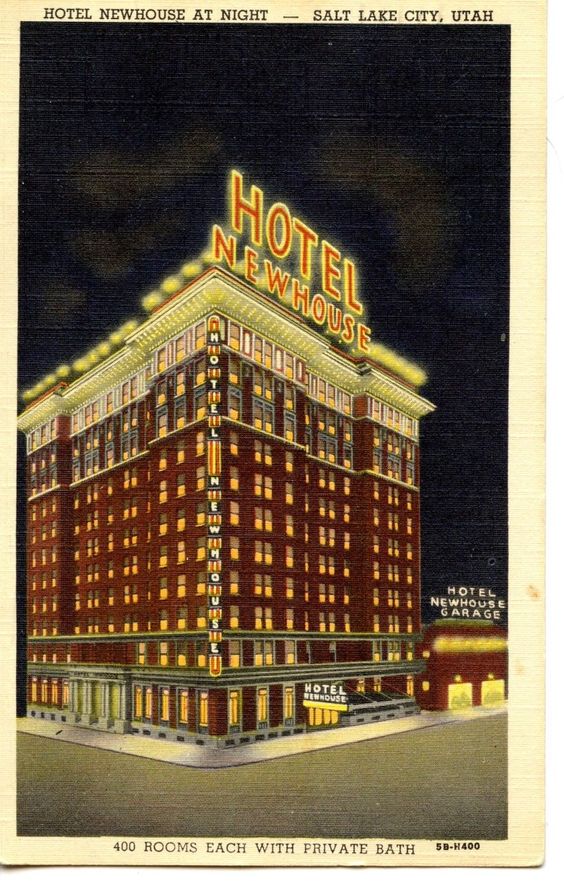 The Newhouse Hotel, prominent in THE LOST RHOADES MINE AFFAIR, stood on the corner of 4th South and Main Street. Built by Samuel Newhouse as a part of his attempt to develop a gentile (non-Mormon) hub for business at the south end of the business district there, it opened in 1915. Unfortunately Newhouse himself was broke. For many years the Hotel was one of the finest in Salt Lake City, but was demolished in 1983. The site has remained a parking lot ever since. 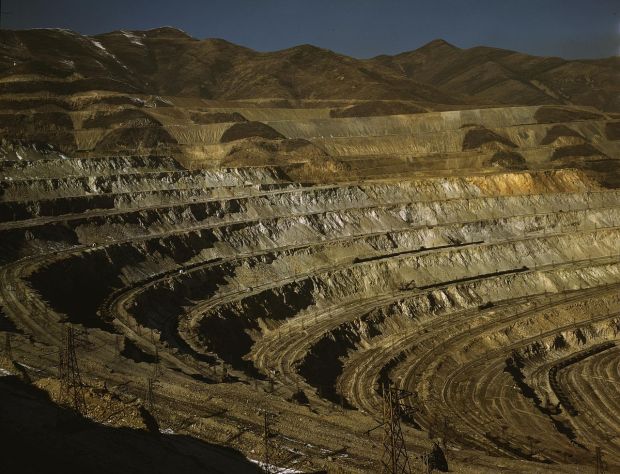 Kennecott Copper Mine at the top of Bingham Canyon. In the late 1940’s, the major world copper producers testified before congress that the known reserves of underground copper would be largely depleted within 35 years. See http://library.cqpress.com/cqresearcher/document.php?id=cqresrre1947043000 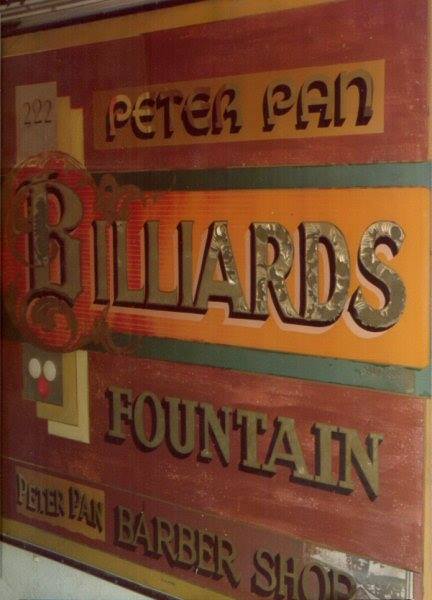 Back-painted sign at the Peter Pan Billiards and Barber Shop.

The Telephone Directory for Salt Lake City in 1948 lists a number of assayers offices, all located on West Temple. There were 5 Jamesons listed, but no actual Jamasons. 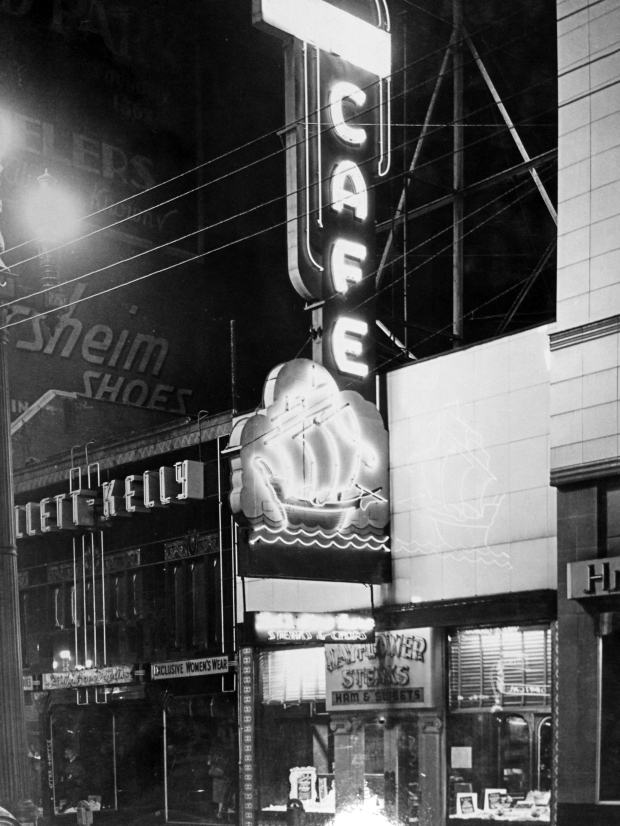 The Mayflower was a popular local restaurant on Main Street in Salt Lake City between 2nd and 1st S. The interior was decorated with murals of the pilgrims.

My great-grandfather, James W. Burt, joined the Salt Lake City Police Department in 1920 and retired in 1941 with the rank of Captain. Following his retirement he was a house detective for the ZCMI department store until his death in August, 1948. This story does not purport to be a true story from his life, but I have used his name. 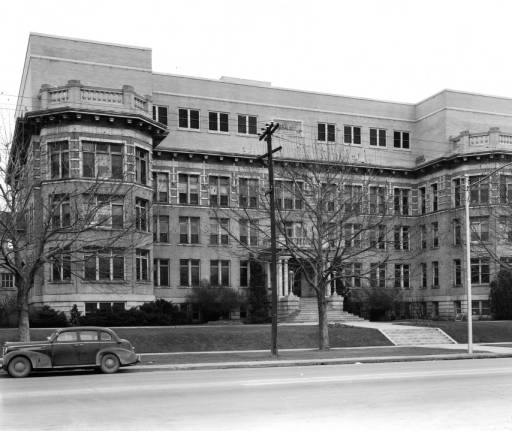 The old County General Hospital was located on the corner of 21st S and State Street. It was built in 1885 and stood until 1965. In the late 40’s and early 50’s it was also a location for treatment of polio victims. 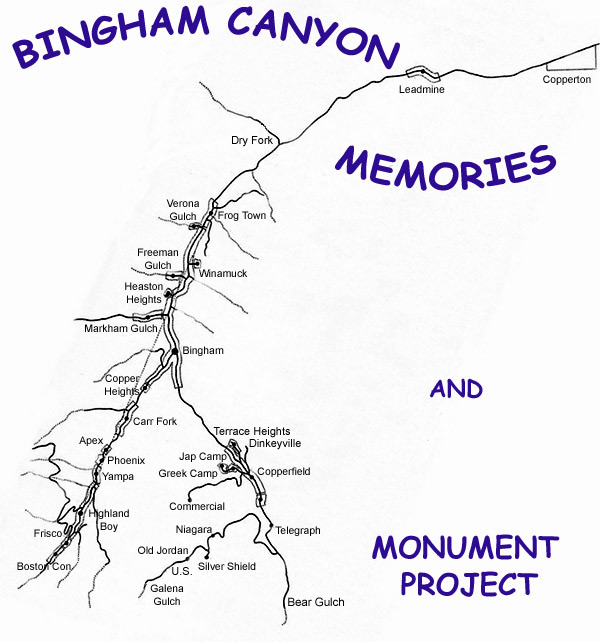 Bingham was seven miles long and two lanes wide. At the top of the canyon the road split at Carr Fork, headed up toward Highland Boy. The road to Copperfield was closed, limiting access to the tunnel next to the Bingham Hotel. 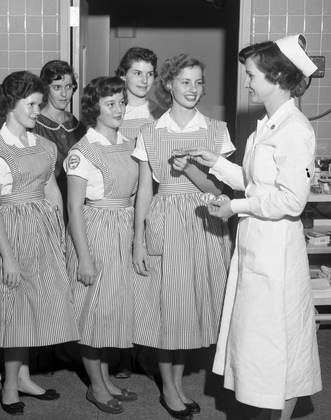 Candy stripers in training in 1957. Volunteer candy stripers originated as a high school civics project in New Jersey in 1944.

There are many variations and different tellings of stories about the Lost Mine and Thomas Rhoades. Check out http://www.miningutah.com/id367.html for example.

Happy Jack is the title of a song recorded by The Who. Happy Jack was also a historical figure and acquaintance of Caleb Rhoades. This story does not purport to be a true story from his life or any other, but I have used a similar name. 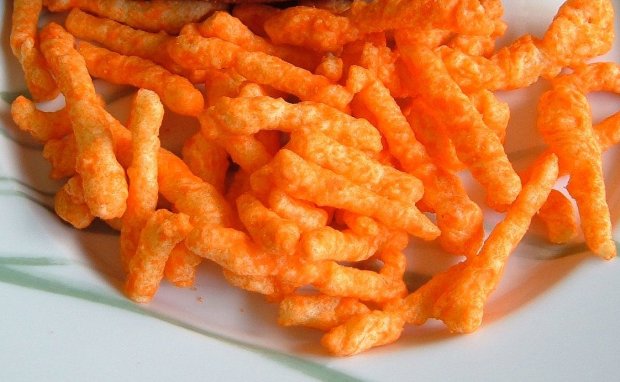 Chee-tos were really spelled this way when they debuted in 1948. In 2009 a single Cheeto sold on eBay for $35; its shape resembled Michael Jackson doing the moonwalk. 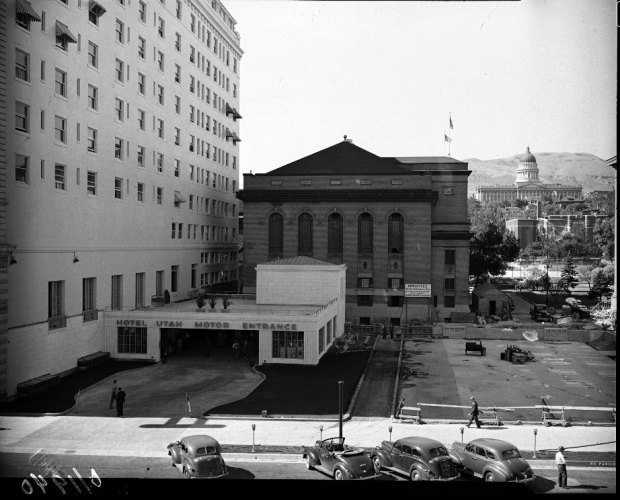 The Deseret Gym stood close and behind the Hotel Utah, providing swimming and recreation in the downtown area. Because Jack lived in his office and only had access to a sink and a toilet, he showered at the gym whenever possible.

Commercial oil operations did not start in Utah until September 1948, but the search was on. The discovery of a well in Ashley Valley in the Uintah Basin that produced 300 barrels of oil per day started a boom that continues in the area to this day. 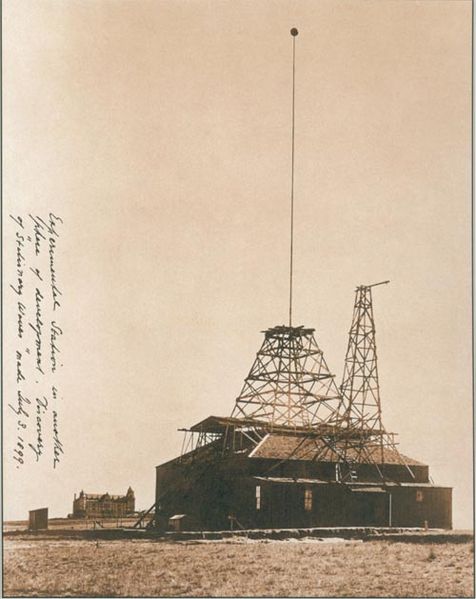 Sugar House Lanes, mentioned in THE LOST RHOADES MINE AFFAIR, was a popular bowing alley in the Sugar House area during the 1940’s, but is no longer in existence. It was on 21st S east of 11th E.